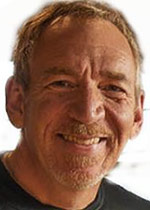 When my home planet was destroyed, I was placed as a baby in a spaceship and launched toward the most sophisticated area of the galactic empire. Due to a glitch in the navigational software, I ended up here.

I was raised in the suburban confines of Connecticut. When my powers first manifested, my mother dubbed me The Red Tornado, a name I kept until my rebellious, yet quiet teenage years (as well as trademark issues with another being with the same name. Plus, my hair got darker). As all adolescents do, I tried various personas--Book Boy, Dynamo Dishwasher, Leave Me Alone Lad and Sleep Late Guy to name a few.

In college, I went through many transitions as I struggled to find my place in the world. For a while, I tried being Drunk Dude and Party Buddy, but found the competition a little thick. Eventually, I settled into Finish Your Degree Fellow and moved into the the world of corporate intrigue and treachery that is publishing.

There I discovered new abilities and became Contracts Guy (not to be confused with Captain Contracts, who was a separate entity entirely and looked better in tights). Alas, an apocalyptic event known as the Merger Meteorite hit the firm, and I was cast into the otherdimensional void of Layoff Land. Despite its derelict reputation, I found the place quite nice actually. It was there that I reached the greatest expression of an often unsong ability. I became Nap Man.

Eventually, I was convinced that my powers were being wasted, and I was seduced into the glamorous and exotic world of financial management. As Communications Companion it was my duty, nay, my quest, that no disasterous dip in the stock market went unexplained, no pension fund went unsolicited and no coworker got the last banana in the kitchen.

It was then that I embarked on my secret plan to take over the world. Technically, it was my own little world, but that's a detail. I left Communications Companion behind and entered the next phase of my metamorphosis...

As Book Writer, I have the unmitigated pleasures of low pay and long hours but the indescribable joy of having my name on book covers, inside which are stories that people read and (I hope) enjoy.

Note: There are those who believe that Book Writer is just another name for Nap Man, confused by the fact that Book Writer works by lying down and writing on the inside of his eyelids (it IS a superpower, people). These people are wrong, even if they have those mysterious paycheck things.


Works in the WWEnd Database

No videos currently exist for this author. Be the first to submit a YouTube